NLRB General Counsel Abruzzo addresses employee speech, interagency cooperation, and mandatory meetings: The General Counsel gave employers insights into her ambitious agenda for the Board, saying she seeks to move the Board to protect, as much as possible, the exercise of workers to freely associate with one another to protect their working circumstances. 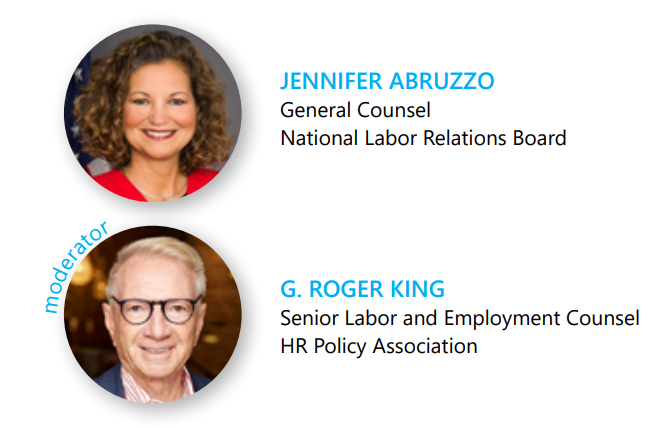 Labor law experts, company representatives react, examine realities of new labor environment: Following General Counsel Abruzzo’s discussion, respective panels of labor law experts and HR Policy members gave their perspectives on the changing legal environment and the shifting nature of organization efforts. The panels explored the implications for employers of the developments Abruzzo noted, discussing card check and prohibitions on mandatory meetings in particular. HR Policy members followed this discussion with insights on how the employee relations playbook must change to better service employees in an environment when union organizing is often an organic, social-media driven phenomenon initiated by employees rather than a traditional union-driven process. 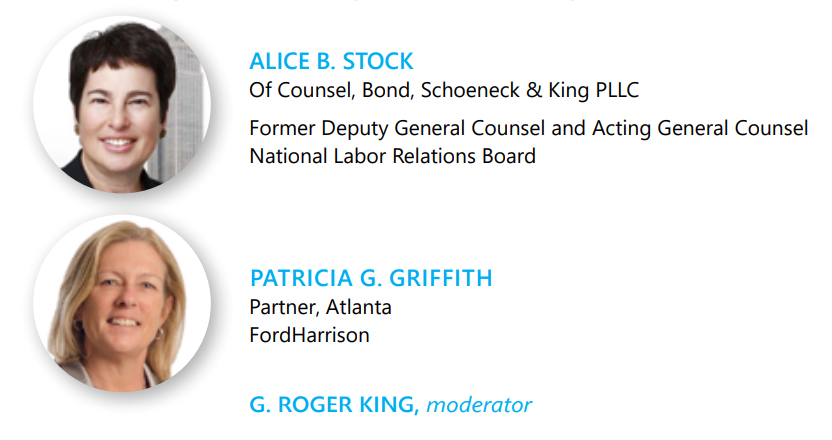 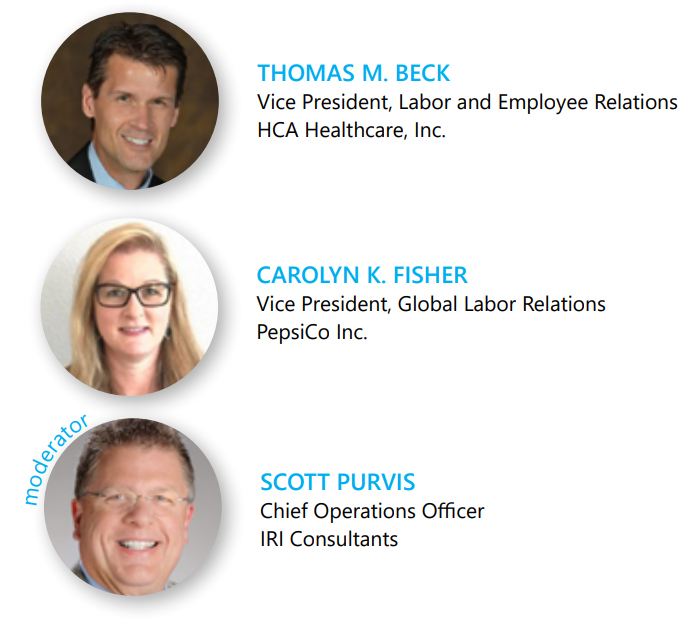 HR Policy staff, member company representatives explore oncoming avalanche of regulatory activity: Employers can expect proposed rulemakings this year on human capital metrics disclosures, the overtime threshold under the FLSA, joint employer, employee classification, and other issues. A panel of HR Policy Staff and member company voices discussed what we can expect at this point, and what the implications for companies will be. The panel also covered pending legislation on labor issues, including amendments adding card check and mandatory arbitration provisions to the otherwise non-labor focused America COMPETES Act. 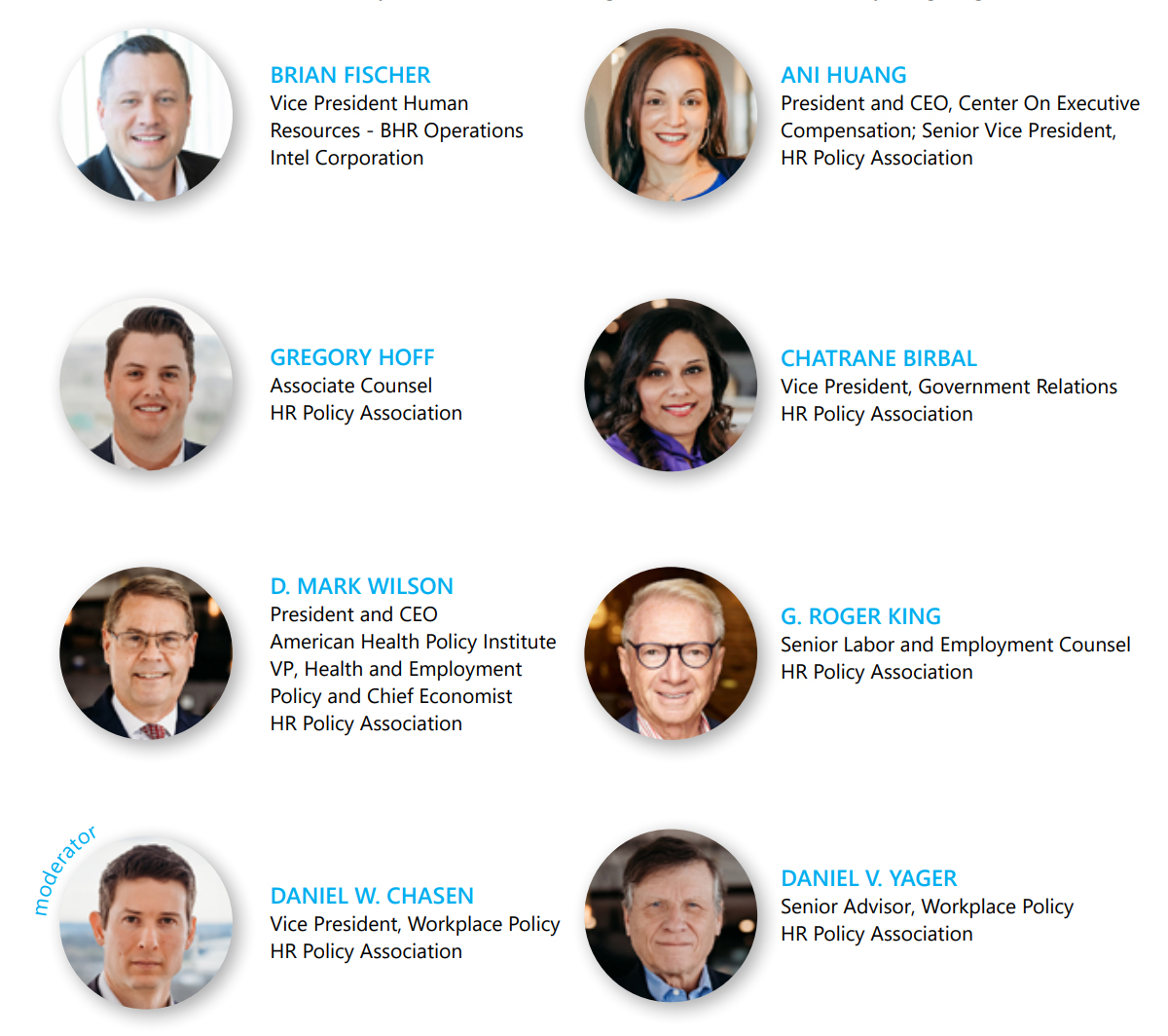 Establishing trust emerges as central priority in panel exploring, AI, data privacy, and new horizon of policies impacting HR: Rachel See, Senior Counsel, AI and Algorithmic Bias with Commissioner Keith Sonderling's office at the EEOC, joined the Council to provide comments on new technical assistance by the EEOC on employers’ use of AI and compliance with the Americans with Disabilities Act.

The panel then delved into the chief challenges and policy concerns related to the adoption of relatively novel technologies, including privacy concerns regarding employee monitoring and discrimination pitfalls. The reaction at all levels of government, panelists noted, has been sweeping, if in their nascent stages, with both hopeful and deeply concerning measures being considered at the state and federal levels. At the center of this dynamic field is establishing trust with all stakeholders, especially employees, in the use of HR technologies, through both thoughtful policy and employer practices. 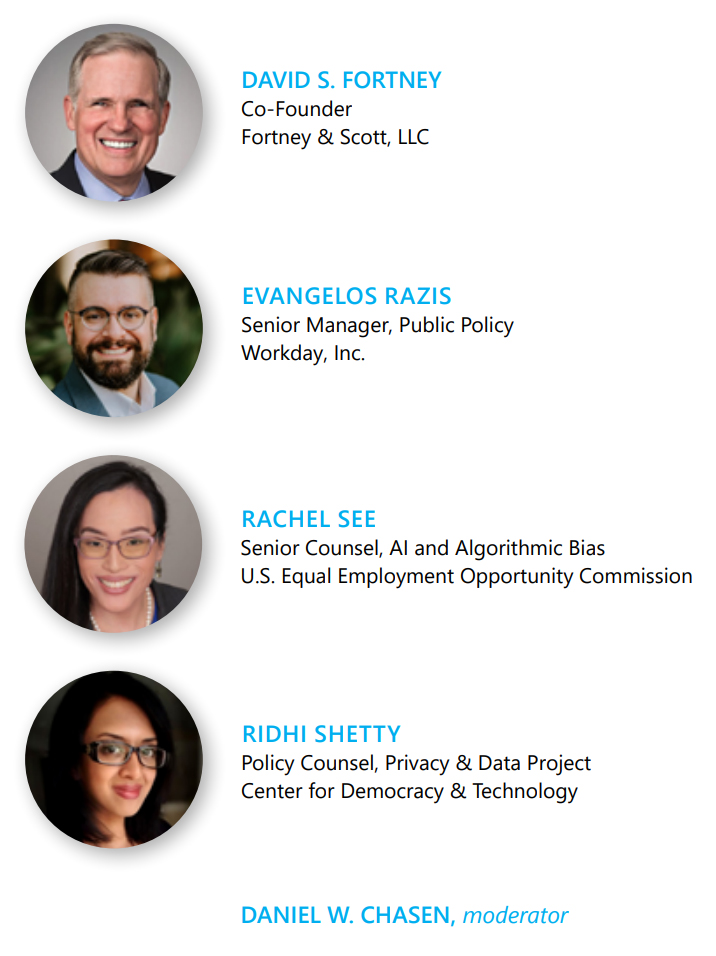 EEOC Vice Chair Samuels, Commissioner Dhillon discuss upcoming guidance, EEO-1 pay data reporting, retaliation, and other issues: The Commissioners looked ahead to an ambitious agenda for the next several years, with a focus on several key areas. 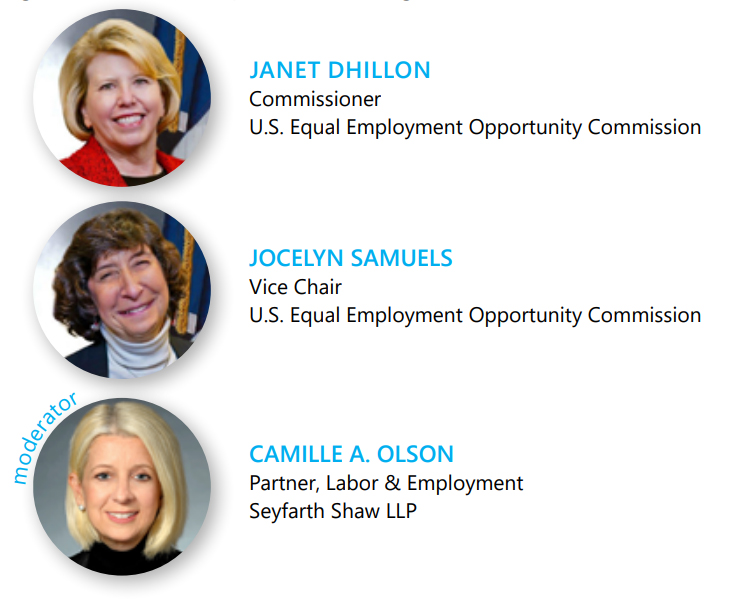 Bringing it all together- discussing the day’s takeaways from the purview of the CHRO: HR Policy Senior Vice President Shelly Carlin, former CHRO at Motorola Solutions, and Chuck Columbus, former CHRO at Kaiser Permanente, brought the day’s discussions into focus with an examination of the intersections of policy with global trends of employee voice and expectations impacting workplaces.

Their conversation highlighted employees’ preferences for purpose at work, and expectation to have access to corporate strategy—and have their voices be heard. At the baseline of all of this is the necessity of establishing trust with employees, facilitating authentic relationships between employers and managers that is responsive to employee expectations.

Not yet a member? Become an HR Policy Association member today