On April 21, China’s State Council released a document titled Opinions on Promoting the Development of Personal Pensions which details the development of China’s first-ever private pension scheme. Henceforward, Chinese employees will be able to invest and supplement funds, up to 12,000 yuan ($1,860) per year, in their pension accounts, additional to the fixed amounts of contributions currently in place.

Under the existing pension plans, both employees and employers are only allowed to contribute fixed amounts to employees’ pension accounts. The changes come at a time when China is experiencing a dramatic shift in demographics, placing considerable pressure on the publicly funded pension system. With a plummeting birth rate and rapidly aging population, the urban worker pension fund is expected peak at 7 trillion yuan in 2027, and then steadily drop to zero by 2035, according to a report by the World Social Security Centre. With the new scheme, China's private pension market is expected grow to at least $1.7 trillion by 2025, from $300 billion currently.

Outlook: The significant changes are expected to impact employees’ management of their pension. Companies should provide related training to their HR and benefits team to prepare for questions from employees. 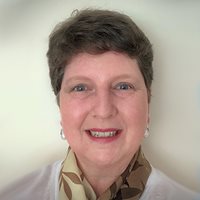