BEERG Newsletter - Labour Relations in the Age of Digitalisation

Auret van Heerden writes: I’ve been watching the discussion about the fourth industrial revolution from Addis Ababa in Ethiopia and it gives me an interesting perspective on time and the Employment Relationship. Ethiopia is in the process of joining the global value chain in a variety of manufacturing sectors and is evolving the labour market structures and employment relations that go with them. As I play out the trajectory that they are taking I am very aware of our limited ability to create a value proposition that works for all strata in the labour market. In other words, the inclusive growth debate.

Ethiopian youth, especially women, are leaving rural areas to seek work in factories, then going to work in construction, and then heading for domestic service in the Gulf States, mostly because they are being badly managed in each of those jobs. The pay is frankly unrealistic, partly because skill and productivity are low, and companies have no engagement strategies to slow the turnover down. The labour market will probably stabilise a little as human resource management capacity rises and the family businesses professionalise, but the disruptions coming in the digitalised, automated value chain could make all that irrelevant and those newly stabilised workers redundant.

The global value chain Ethiopia is trying to join is disappearing before their eyes, and the same thing is happening on the other end of the chain. Digitalisation, automation, cognitive computing and new business models are speeding up production cycles and shortening the value chain. Large numbers of employees will be replaced or displaced in the process, and many will end up working “on-demand” via platforms or Apps.

Our immediate challenge as leaders in the HR/ER field is how to find employment (let alone decent work) for 250 million Africans when manufacturing and services are automating and moving back to developed economies, and also how to include all the displaced European and North American workers?

Almost half the 10 million graduates produced annually by Africa’s 668 universities will not find jobs so we desperately need initiatives such as IBMs plan to train 25 million Africans in the next 5 years, but what jobs await them? Do they all become on-demand platform “giggers" with the rest of the global surplus labour force? Even if they do (and frankly many will have to) can we pay and protect them in a manner that could be described as inclusive? Or will the on-demand economy become a modern ghetto where education, effort and reward are no longer linked?

Those workers that do still work in factories, shops and offices may also find themselves converted to contingent arrangements that resemble those of on-demand workers. How will they react? Cut loose from the relationship that previous generations had to employment and the protections that went with a “job” do they accept this as progress or join the populist waves demanding a return to the “good old days”?

Many of you may be thinking that we have been here before, and you are right. This is the fourth industrial revolution so we have three to learn from, but each time Government’s took too long to legislate some guard rails and safety nets. Trade unions eventually formed to add another layer of protection. The new social contract lasted a few decades until the next industrial revolution.

Will that happen again? The current liberal economic policies with minimal regulation and spending are certainly not going to do much for inclusion and our education and training systems have been eroded to the point where the adjustments will be painful and conflictual.

Young, first-time job seekers will be particularly challenged. I suspect that the Universal Basic Income may be the easy way out for both right and left in this debate, a quick-fix safety net for the economically redundant and displaced while we figure out how to give people of working age sufficiently meaningful lives. I hope that the next best thing to a regular job with rights and security does indeed emerge, and that we have the nation states and governance systems capable of negotiating or renewing social contracts, but I’m expecting a rough, and long, ride.

I’m stuck by the fact that we seemed to have entered an era of post-employment employment relations. The trend is unmistakably and definitively towards working arrangements that do not involve a fixed employment contract in the old sense.

In the future you may have an agreement to work, but everything else about it will be contingent, UBER-style. The ILO et al used to call these a-typical working arrangements. Statistically, these post-employment forms of employment may still be in the minority, and the regulators and unions will fuss about the definitions, but I don’t believe that they can claw back the old full-package arrangements.

The global labour market, global value chains and global product markets are just too fluid and volatile to work with such rigid arrangements. We will hopefully stop short of the zero-hours extreme, and preferably offer some protections to avoid the worst forms of abuse, but I cannot see how fixed employment arrangements can survive, except in some very specialised categories. Slave owners and their slaves will have a fixed relationship, all the rest will be task rabbits and mechanical turks…

One final point. If the first industrial revolution gave us “industrial relations” how to we label employment relations in the digital Apps world? Suggestions welcome. 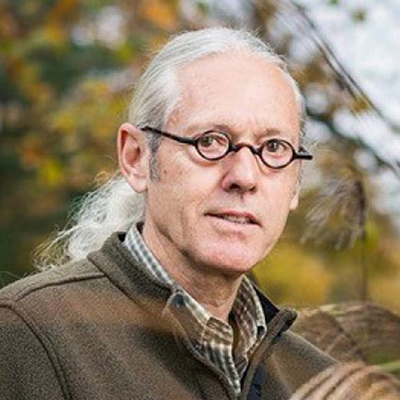