Robbie Gilbert writes: Make EWCs obligatory and provide them with better material, legal resources and access to expert – i.e. union – advice, says a new policy brief from the European Trade Union Institute (ETUI). One in three companies involved in European transnational restructuring in the last three years did not have a European Works Council; and even where they exist, EWCs are rarely capable of influencing restructuring measures, says the ETUI. Policy makers need to look in greater depth and breadth at what is really going on before buying that line.

The ETUI brief: what it says and what it means

As the EU Commission’s evaluation of the implementation of the 2009 ‘Recast’ EWC Directive nears completion we can see more clearly what key players hope it will bring. The author of this brief, Stan De Spiegelaere, is the leading analyst of EWCs on the union side. Formerly with KU Leuven’s Research Institute with Work and Society, he is now employed by the ETUI looking at EWCs and related matters.

The brief begins by asserting that restructuring has become “a daily reality in today’s globalised economy”. New cases arrive every day.

Under EWC law “every announcement of a measure which has potential cross-border consequences, whether realised or not,” should go to EWC employee representatives. Purely local information and consultation do not give full access to information about the decision and its implications. “Transnational restructuring is indisputably the core competence of the EWC.” What counts as a transnational issue? “Every decision taken in another Member State, and by a higher level of management.”

But, the study suggests – referencing an earlier ETUI study by the same author – no more than 40% of eligible firms have an EWC. And, looking at data from the European Restructuring Monitor (ERM) run by Eurofound (the Dublin-based EU Foundation for the Improvement of Living and Working Conditions), the study estimates that in a third of the transnational restructuring cases captured by the ERM in 2015, there was no EWC. In 15 cases, possibly involving some 20,000 jobs, the employees had “no forum to discuss (and possibly prevent) the restructuring” at European level.

Citing further recent research, including that done by KU Leuven academics among managers, De Speigelaere says “most EWCs were only informed and involved after the final decision was taken and… the impact on restructuring was therefore mostly limited or non-existent.” According to EWC coordinators (these are usually union-appointed) EWCs face many obstacles – information is incomplete or arrives late; while they have trouble accessing expertise, and few instruments to enforce compliance with the rules.

Policy, he says, should react to this now. As the Commission evaluates the 2009 Directive on the one hand, and says the development of ‘Social Europe’ is its priority on the other, it should consider

Much of this is the familiar union agenda, which we’ve been seeing since the run-up to the 2009 Directive. What is new here is the close weaving into that narrative of the case for EWC law to give greater employee representative involvement in restructuring decisions by multinationals. This will be welcomed by other important players. The Commission itself accepted a need for more action in its 2013 Communication establishing an EU “Quality Framework for anticipation of change and restructuring”, but stopped short of recommending legislation.  Since then, the European Parliament has adopted the Cercas report on “information and consultation of workers, anticipation and management of restructuring”, and has brought strong pressure on the Commission to bring forward legislation accordingly.

What we find here is that the European Trade Unions are seeing the current review of the EWC Directive as a means for furthering their agenda. This involves the development of EWCs as a vehicle for strengthening union involvement, creating at EU level an equivalent arrangement to comités d’entreprise on the French model. For many multinationals that is a nightmare prospect, threatening to add delays and insupportable costs to essential business decisions where timely action is required.

In this new age of ‘alternative facts’ it is vital to highlight for policy makers all the relevant facts, and to separate out heroic estimates and emotive hyperbole from the reality.

Readers of this study might well assume that globalisation was leading to an inexorable and accelerating process that meant more and more jobs were being ‘restructured’ off-shore from the old heartland of EU manufacturing to the Far East and elsewhere.  That’s not what Eurofound’s ERM annual report, “Globalisation slowdown? Recent evidence of offshoring and reshoring in Europe” finds.

“Just as the negative effects of globalisation on employment take centre stage of the political debate, it is surprising to observe that the rapid rise of globalisation, which was so striking in the two decades preceding the recession of 2008, has since abated significantly.”

Both the number of offshoring cases from EU-located companies and the associated job losses are, even as the global economy has picked up, appreciably below pre-crisis levels and continue to decline, the Report continues, and “the last decade has also seen increased interest in the reshoring of economic activity previously offshored.”

Close study of the chart below, taken from De Spiegelaere’s own paper, actually shows the decline in restructuring activities to which the ERM Report refers. It can be seen in the fall from a peak of 1600 cases in 2009 to 1000 by 2012 and just 600 in 2015.  It also shows how few are the cases associated with transnational restructuring – the light blue element, compared with those done at national level, which generally account for 90% or more of the instances captured by the ERM year by year (dark line shows around 10% or less of the cases to be EU restructuring).

In its description of the responsibilities of EWCs, the Brief frequently strays into the territory of what the unions would like them to be rather than what the law prescribes. ‘Transnational’, for example means affecting every EU state or at least 2 member states according to the Articles in the Directive. Transnational restructuring is not a ‘competence’ of the EWC, but a matter on which the employer will seek to provide information and offer consultation to relevant employee representatives, normally through the select committee and – in urgent cases – via a conference call or Webex. The trigger for such discussions will be established in the EWC agreement. Some of the cases counted as giving ‘limited or non-existent’ involvement to the employee representatives may well have provided the arrangements exactly as agreed with the Special Negotiating Body that established the EWC.

Finally, the Commission review currently underway is supposed to be a review of the implementation of the current Directive – not a reopening of the previous debate on the content of the Directive. The ETUI researcher complains that it is already evident that EWCs “are still rarely capable of really influencing the design or implementation of restructuring measures.” Here and elsewhere there is a failure to distinguish between consultation on the detailed arrangements, which is normally covered by national law and local discussions, and sharing information, often confidential, on the strategic direction, which – though important – need not take so long and should not get in the way of the devolved discussions about jobs and people’s futures.

The recast Directive does include significant new rights, but these take time to work through on the ground. It needs time for people to adopt and make use of provisions only put into national law five years ago. Most EWCs are unlikely to introduce changes before the review date for their agreement – which typically occurs only once in four years. So analyses based on information from 2013-2015 will not capture all the changed behaviour. EWCs take time to adjust behaviours: they rest on twin foundations of openness and trust, and it takes time and effort to bake these in.  If you open the oven too early, as this study does, then you can expect to find a disappointing result.

There is understandable public concern when people lose their jobs without due consultation. The study implies that 20,000 people employed by multinational businesses did so in Europe in 2015. But that will most probably not be true. There will have been consultation locally, at establishment and quite likely higher levels nationally. These will include examination of the reasons for the redundancy, whether the numbers can be reduced and the support package to be provided. The figure, too, is highly questionable.

The ERM draws its data from media reports, which are notoriously unreliable. The media are quick to publicise the highest estimates of jobs. It counts cases where over 100 people are affected (or 10% of the workforce in businesses with over 250 employees); and the ETUI study treats every case that meets these criteria and is transnational as demanding the involvement of an EWC. But the law establishes size thresholds for businesses before they can be eligible to be covered by the Directive. Some of those counted by the ETUI would not meet the size thresholds for having an EWC.

It is also important to put some perspective around these numbers. Eurostat tells us that there are 245 million people of working age across the EU. 20.1 million of them are unemployed.

Restructuring, according to the study, affected perhaps 300,000 employees in 2015. That is 0.12% of the EU workforce. About a third, or 100,000, were transnational; and more than three-quarters of these were subject to EWC involvement.  The study questions whether, at most, representatives of 20,000 jobs across the EU should have had more involvement through a European Works Council. That is less than 0.01% of the workforce across the whole year.

It surely cannot be reasonable to impose the considerable costs of having an EWC with an annual meeting and other facilities on what must be thousands of middle-size businesses. Nor has the case been made for extending the rights and duties of EWCs still further, when the true measure of the impact of the last set of changes cannot yet be properly assessed.

As a lesser alternative, the study recommends ‘intensive awareness raising’ about how EWCs can contribute to better anticipating and managing cross-border restructuring. The unspoken assumption is that, out there in factories and offices, shops and call-centres, there is an untapped demand for EWCs or, at least, EWCs structured along more powerful lines.

Employers will surely be wary of going along with this idea.

EWCs have been around for over 20 years. The Commission has repeatedly publicised their existence, and their operations have attracted a library full of academic and other studies. They have been given more powers, with little impact on the rate of take up. Meanwhile, the trade unions struggle in many countries to fill positions within businesses and workplaces.

The first question to be asked, surely, is why people at work seem to be so uninterested in representation that they do not avail themselves of this opportunity. 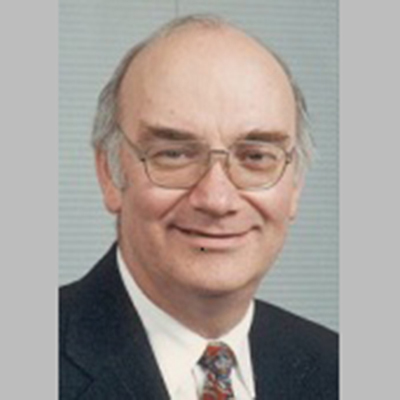