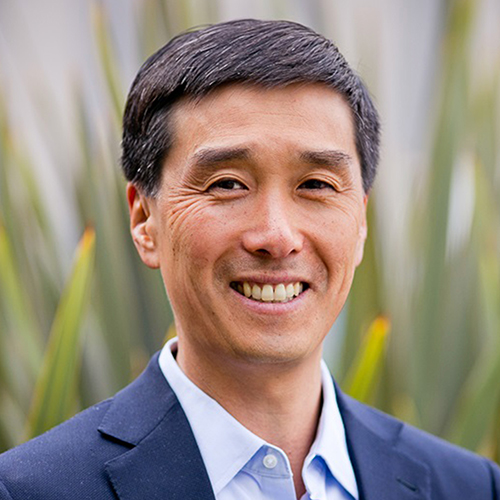 David has led Equilar since its inception to become one of the most trusted names in the corporate governance community. David has been recognized as one of the “100 Most Influential Players in Corporate Governance” by the National Association of Corporate Directors (NACD), the Disruptor Award by 2020 Women on Boards and Outstanding 50 Asian Americans in Business. David speaks publicly on corporate governance and board diversity matters, including events hosted by The Conference Board, Deloitte, EY, HR Policy Association, KPMG, NACD, NASDAQ, NYSE, The Society for Corporate Governance and Stanford’s Directors’ College.

David serves on the boards of the Commonwealth Club of California, PGA Reach, the Silicon Valley Leadership Group (SVLG) and is a trustee of Committee for Economic Development (CED). He is on Nasdaq’s Center for Board Excellence Advisory Board, Catalyst’s Women on Board Advisory Council, the Women on Boards Advisory Council of the California Partners Project and the Advisory Council of the Angel Island Immigration Station Foundation. David is a member of Young Presidents’ Organization (YPO), Past Chair of the SF Bay Chapter, a founding member of the Council of Korean Americans (CKA) and former board member of the Wharton Center for Entrepreneurship and the Asian Pacific Fund Community Foundation of San Francisco.

Prior to founding Equilar, David was a Vice President in the Investment Banking Division of Donaldson, Lufkin and Jenrette, a global investment bank that has since merged with Credit Suisse. Prior to DLJ, David was a management consultant with Bain & Company and also Kenan Systems, a telecom software developer acquired by Lucent Technologies.