The Center On Executive Compensation (“Center”) is pleased to submit a supplemental set of comments to the U.S. Securities and Exchange Commission (“Commission”) providing its perspective on the Commission’s implementation of Section 954 of the Dodd-Frank Act, the listing standards for recovery of erroneously awarded compensation (“clawbacks”).

The Center is a research and advocacy organization that seeks to provide a principles-based approach to executive compensation policy from the perspective of the senior human resource officers of leading companies.  The Center is a division of HR Policy Association, which represents the chief human resource officers of nearly 400 large companies, and the Center’s more than 145 subscribing companies are HR Policy members that represent a broad cross-section of industries.

The Center last commented on the issue in 2015 (referenced herein[1]) but seeks to provide updated data and supplemental comments reflecting the best practice of companies voluntarily establishing clawback policies as well as when and how clawbacks are enforced.  As our previous comments, dated September 14, 2015, continue to represent the views of the Center’s Subscribers, we have incorporated them by reference while addressing several of the current Commission inquiries:

The Commission is seeking feedback on an implementation question and on an enforcement question which the Center has discussed extensively with our membership.  The Center believes these discussions provide valuable, practical insight to the Commission’s rulemaking efforts.

1. Boards need the discretionary authority to determine if a clawback is a worthwhile use of    shareholder resources and, if so, the most efficient method to execute it.

We reiterate our views on several aspects of clawback policies where discretionary authority would be beneficial to shareholder value – specifically where the expense of recoupment is disproportionate to the amount of compensation being recouped - and the most efficient method of recoupment.

Further, the registrant should have the flexibility to utilize the most efficient method to claw back compensation and determine the impact of a material restatement on relative Total Shareholder Return (TSR) metrics[2], and potentially non-financial metrics such as human capital management, diversity, equity, and inclusion, or metrics tied to climate risk reduction[3].  For example, if a clawback is deemed necessary, and the executive in question has outstanding equity grants that have not yet vested, the board may determine that cancelling those grants is more efficient than seeking a cash payment from the executive.  The monetary recoupment to the shareholders is equal, the clawback will likely be completed far faster, and the risk of a legal challenge from the executive will be reduced.

It is reasonable for shareholders to expect the board to pre-establish a review process for determining the viability of a clawback and disclose the manner by which it would exercise discretion, to the extent these steps are possible in advance.

The Center would propose the Commission mandate not only the disclosure of this process, but, if the process was put into use, a detailed disclosure of how the process was carried out.  This disclosure would include a description of the ultimate decision made by the Board as to whether to pursue the clawback, the reason behind that decision, and how the decision was carried out.  Mandatory details would include a discussion of the shareholder costs, benefits, the manner of recoupment (if carried out), the underlying logic behind the decision, and how the process aligned with the pre-defined review process.

By mandating disclosure of the Board’s decision-making process, the Commission would add appropriate balance to the clawback rule to provide a needed engagement point for concerned shareholders while allowing companies to exercise needed flexibility.

2. The Commission should remove the “reasonably should have concluded” standard in determining the look back period as that standard adds excessive uncertainty.

In our 2015 comments, the Center provided an extensive explanation of the risks of the “reasonably should have concluded” standards.  While “reasonably should have concluded” appears to offer a commonsense approach to determining the timing of a clawback look-back period, it may become the legal focal point in the contentious environment of a restatement and clawback.  In such an environment, providing clarity wherever possible will reduce conflict, enhance efficiency, and limit negative impacts to shareholder value.

A “reasonably should have concluded” standard will carry excessive legal risk based on the board’s view of when the look back period should commence versus an impacted shareholder or an executive disputing the timing. Such legal costs should (and would) be factored into the cost of executing a clawback.

In order to minimize the costs and duration of time between determination that a clawback is warranted and recoupment, a clear standard of when the three-year look back period begins would be beneficial.

The Commission’s proposed methods[4] for establishing the start date of the look-back period are commendable because they both offer clear, easy-to-find dates that would remove nearly all ambiguity.  The Center supports these comments.

3. The current practices of voluntary clawback policies and the use of performance-based incentive compensation.

Companies have largely adopted the practice, in line with shareholder expectations, of implementing voluntary policies regarding clawbacks.

Based on a survey[5] of our Subscribers, more than 90% maintain a clawback policy. That is not just the Center’s Subscribership – other estimates put the number of companies with a voluntary clawback policy as high as 97% for large companies[6]. Concurrently, the percentage of companies granting performance-based pay has increased, the portion of compensation tied to performance, on average, has increased, and the use of quantitative metrics has increased. In fact, in 2020, the average portion of equity awards tied to performance metrics (not including stock options) surpassed 50%. If options are included as “performance” compensation, the portion tops 65%. Overall, the average portion of at risk pay in a CEO’s compensation package exceeds 80%.[7] However, not all performance-based pay is predicated on financial metrics which would be easily adjusted after a material financial restatement, which is why boards should have the flexibility to determine a good faith standard for the impact of a restatement on non-financial metrics. The SEC standard would require impose additional implementation costs and require companies to adjust their policies to align with the mandate.

The Center appreciates this opportunity to provide additional comments on the implementation and rulemaking related to Section 954 of the Dodd-Frank Wall Street Reform and Consumer Protection Act.  If you have any questions about the Center’s comments, please do not hesitate to contact Ani Huang at [email protected]. 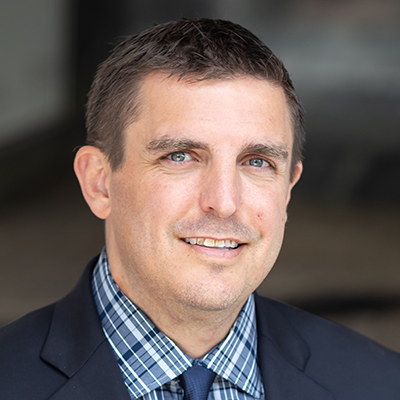