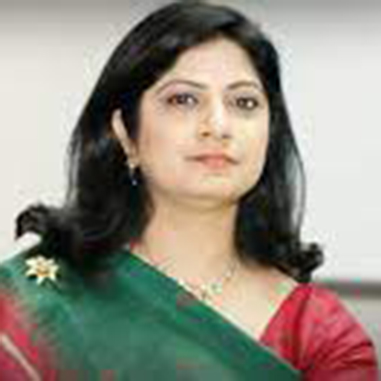 Dr. Karnika Seth is an Internationally acclaimed cyberlawyer and expert on Information Technology laws practicing in the Supreme court of India whose contributions to the field of cyberlaws are widely recognised. Dr. Seth is also a distinguished  Author and a speaker on pertinent legal issues,both in electronic and print media.

Dr. Seth is the Founding Partner of Seth Associates,a globally networked Indian law firm. She is also the Chairperson and Founder of the Lex Cyberia, World’s first integrated research centre dedicated to promoting knowledge and rendering legal consulting and cyber forensics services in India and across the globe.

In recognition of the substantial contribution in the field of commercial laws practice , Karnika Seth was  awarded the “Corporate Excellence Award” by Amity Global Business schools in the year 2009. She authored a comprehensive book , Computers, Internet & New Technology Laws published by Butterworths Lexis Nexis and received the ‘Law Day Award’ in 2012 from the Hon’ble Chief Justice of India and Hon’ble Law Minister .

In 2017, Dr. Seth was conferred the National Gaurav Award for her exemplary contribution to the field of cyberlaws. She was also conferred title of Honorary Professor by Amity University. On UN’s International women’s day she received the Great Indian Woman Award and the Eminent CIO of India Award in 2021. She was also conferred the title of Super Cyberwoman by Cyberpeace Foundation in 2021. She has been recognised as India’s most influential cyberwarrior by Dynamic CISO group.

She has been Visiting Faculty for cyberlaws at Amity law School, the Indian law Institute, IIT, VIPS, University of Delhi, National Institute of Financial Management and other reputed educational institutions of the country. In 2017, Amity University conferred the title of Honorary Professor to Dr. Seth.

She is empanelled as legal expert to advise the National Internet Exchange of India and the Office of Comptroller of Certifying Authorities constituted under the IT Act, 2000. Lately, her views were solicited by  the office of  Controller of Certifying Authorities on introducing in India, digital signature certificates for foreign nationals. Her expert views  have been solicited by the Indian Parliament ,the Ministry of Information Technology, Government of India and the Cyber Appellate Tribunal for strengthening the framework of  cyber laws in India. She had contributed   in the introduction of the recent amendments incorporated under the Indian Information Technology Act, 2000 . Her recommendations to the Indian Parliament on Privacy laws also led to the introduction of new regulatory  laws  under the Information Technology Act, 2000.She contributed to the Ministry deliberations on creating social media framework and laws for government organizations and developing a due diligence code for intermediaries  in India.  She regularly advises Adjudicating Officers and other functionaries appointed under Information Technology Act,2000 on any complex issues related to cyberlaw. In addition,she has recently assisted the  Supreme Court of India  to introduce technically secure & robust e-filing procedures in India. She was recently consulted on combating fake news in India, and recommendations on formulation of the cybersecurity policy of India.

Dr. Seth acts as legal advisor to International organisations and is consulted by UN affiliated organisations too. She has spoken at Tedex and was invited by TERI and UNESCO to share her views on curbing fake news in India. Dr. Seth works with various international organizations that consistently contribute to the development of cyberlaws across multiple jurisdictions . In 2014, she was invited in an expert consultation organized by the   Commission for Protection of Child rights in conjunction with UNICEF to give her recommendations on strategies to combat the rising child abuse on internet. She is associated with the International Telecommunication Union’s initiatives and is empanelled as cyber law expert by its India chapter . She is also  member in the Global Cyber security Group initiative, an International network of cyber experts. In 2012, she spoke on IT Act implementation and challenges  at a deliberation on cyber and network security organized by the Council of Europe and Assocham .In 2010, She presented her views on Online Dispute Resolution at an International conference organized by UNCITRAL, Asian African Consultative organization and Singapore International Arbitration Centre.

As a cyber law consultant,she has significant & diverse transactional experience encompassing Internet and e-commerce laws,Social Media laws,Defamation, e-governance,Business laws, International Trade and Intellectual Property laws.She is the Principal legal advisor to many Multinational Groups, Corporate houses, Public and Private sector companies,Banks, Corporations and Government entities. She has advised  reputed multinational companies in joint ventures, foreign collaborations, cyberlaw compliance, policy matters and regulatory issues, FDI, IT outsourcing projects & various commercial arrangements and including launch (both online and offline) of  products and services in the Indian Market. Dr. Seth is appointed as  legal expert on the board of Tradeindia Group and as a Advisory board member of the ITS The Education Group, Ghaziabad and the Asian Law Journal.

She is also an expert trainer to law enforcement authorities on IT Act , Mobile phone and cybercrime investigations,computer forensics and Electronic Evidence including Central Bureau of Investigation, and National Judicial Academy, Bhopal and National Police Academy at Hyderabad. She has trained foreign law enforcement teams from Palestine, Africa, Nepal and Bhutan and other countries at the CBI Academy. Dr. Seth is an active Speaker on Cyberlaw issues in conferences/workshops organized by chambers of commerce including CII,FICCI, ASSOCHAM, PHD Chambers, CIAC,ICSI, ICAI,Data Security Council of India  and other leading institutions of the country. She delivers special workshops on Information technology law and practice to honorable Judges from the Judiciary, lawyers, senior Government officers, IAS officers, police officers and IT professionals.She has been Visiting Faculty for cyberlaws at Amity law School, the Indian law Institute,IIT,VIPS, ,University of Delhi,National Institute of Financial Management and other reputed educational institutions of the country.

She graduated in Law from the Campus Law Centre, University of Delhi. She studied Cyberlaws at the Amity Law School, Delhi in the year 2000 and received her the Masters degree in Law in Corporate & Commercial laws, Intellectual property , Internet laws, International Trade & Arbitration from the King’s college, University of London in the year 2002. She completed her Ph.D in cyberlaws from NIU in 2018. She specialised in computer security from Harvard University in 2020.