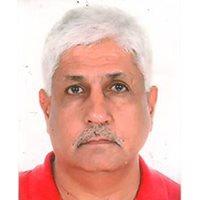 Rohit has about 40 years' experience, of which the first 22 years were in the Indian Air Force (IAF). He took pre-mature retirement as a Wing Commander, in 2002, and since then served in diversified companies in the human resources domain, including two startups, and a five-year stint in IBM Middle East based in Dubai. His career outside of IAF can be divided between Recruitment in IBM India, recruiting for middle level positions, and HR Management Systems, PeopleSoft and Workday where he executed changeover in Onboarding, Offboarding and Mobility streams in IBM companies spread across countries in Africa and Eastern Europe. Currently, he is based in Chandigarh, India. He is married, has two daughters, both married and two grandchildren.